Riley is the host of the Fangs of Valmar, which he has come to share with Xander Lovell through an anomaly that Riley refers to as a "terrible love miracle." The Fangs demand an ongoing series of blood sacrifices, a mission that Riley and Xander don't relish, but have resigned to, traveling the land in search of victims. At a first meeting, Riley may seem to be an amiable Drifter with a playful sense of humor; some may even know him from his pre-Valmar life where he was a simple adventurer. But rumors do follow the pair, and they are wanted in some towns in connection with a series of murders resulting in graves that bloom with red flowers. Riley fights with a bow and dagger, as well as having the power to summon a darkly magical... shovel, which he seems unwilling to discard despite the fact that it is blatantly, palpably cursed.

Riley grew up in the small town of Cereza along with Xander before striking out on his own to become an adventurer and traveling musician. At some point during his travels, he came across the Fangs of Valmar, which irreversibly merged with him, bringing forth urges to kill and increasingly unpleasant consequences if those demands were not satisfied. Though he couldn't escape this fate, he managed, somehow, to pull Xander into it with him. For the past year, the two of them have shared the Fangs and worked together to find sacrifices.

RP Opportunities: I'm fully up for standard social logs in which he is taken for a normal Drifter, which could be setup to conflict later if there is interest. There are also a few particular hooks I wanted to offer... shoot me a page if you would like to have known him when he was a Drifter before he was evil, if you would like him to try to sacrifice you to Valmar during a social log, or if you want him to have killed an NPC you knew/liked!

Riley fights with a bow imbued with the power of Valmar to shoot magical arrows, as well as a frequently poisoned hunting dagger. In situations both dire and mundane, he may call upon what he calls the 'Shovel of Valmar,' a death-aligned ritual tool and polearm weapon. Riley also has the capacity to summon flowers from the Blood Garden, a symbolic space representing Valmar's hunger for blood that the Fangs must appease. The flowers themselves, however, can have very real effects, ranging from blood-drinking to releasing various poisons and toxins.

Taking Over the World It's not the kind of adventure they had in mind. "I say we fight, we crawl, we stand | We make our own way home | We are the only people who grow flowers out of bones"

Peace to the Mountain A lost chance for a cleaner ending. "So let me go | Where no one can follow | Lost with my conscience | Please bury me honest"

Black Magic Evil love miracles are very dangerous and should not be attempted under any circumstances. "Love ain't nothing more than black magic | Better want what you wish for | It might happen"

Karaoke Really, Riley would rather just be having fun. "Take me out | And we'll care about nothing real at all | Pick me up | And we'll make a movie | I'm acting like the world can't hold me down" 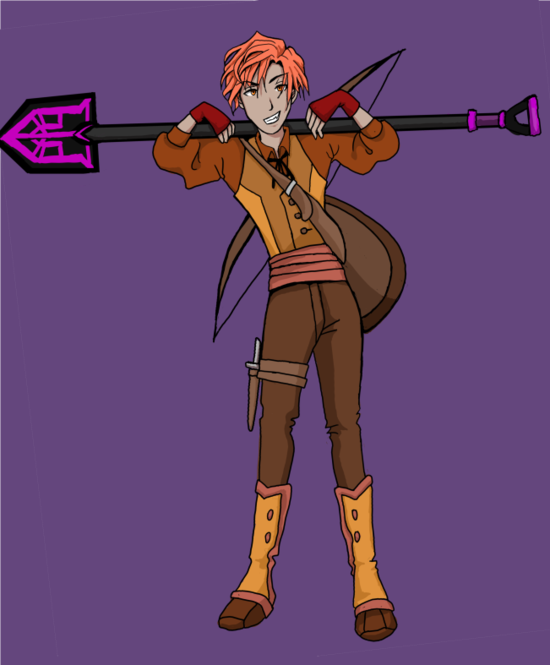